The origins of the Ottawa RP Church are found in a proposal the Rev. Ken McBurney, minister of the Almonte RP Church, made to the St. Lawrence Presbytery of the RPCNA on the 3rd October 1978, when he suggested the establishment of a new congregation in Ottawa. It was agreed that the possibility would be explored, and the Almonte RP Session was given the responsibility for oversight.

Initially the work progressed on the basis of a Bible study every two weeks in the home of Mr. Aubrey and Mrs. Joy Ayer. This work was supported by members from the Almonte and Lisbon congregations, and by the spring of 1979 the decision was made to commence public worship in the city.

In March 1980, Rev. Dr. Ed Robson, a minister in the Presbytery, contacted Rev. Dr. Rich Ganz, a young RPCNA minister without charge, and encouraged him to consider the possibility of becoming pastor of the fledgling work in Ottawa. Mr. Aubrey Ayer also contacted Rev. Dr. Ganz and invited him to come to Ottawa, to see if the Lord would have him minister in the city. This proved to be the catalyst for the next stage of what was to become the Ottawa Reformed Presbyterian Church. Rev. Dr. Ganz began his ministry in May 1980, initially as assistant minister in Almonte, and then in May 1981 he was installed as the minister of the newly organised Ottawa RP Church, with Mr. Aubrey Ayer being installed as an elder.

At first, the congregation met in a community center, and as God blessed the preaching of His Word, Christ began to build His Church. In 1995, through the gracious provision of a property in the city, upon which a new building for worship was constructed the congregation was able to commence public worship at the current Woodland Avenue location.

In 1997, the congregation planted a church in Russell, ON, which today is a thriving community of God’s people, under the ministry of Rev. Matt Kingswood.

During these years, the congregation also supported the work of the Ottawa Theological Hall, a training college for men for the ministry.

We are thankful to God, that He sustained Rev. Dr. Ganz as minister of the congregation for 39 years until his retirement in August 2018. The current minister, Rev. Dr. Andrew Quigley, served in the Airdrie RP Church in Scotland prior to coming to the congregation in September of 2018.

We trust that God will continue to bless the church, as the leadership and members work together in Christ, for the extension of His Kingdom and the glory of His Great Name.

More in this Section 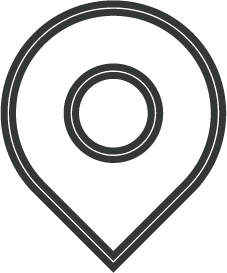